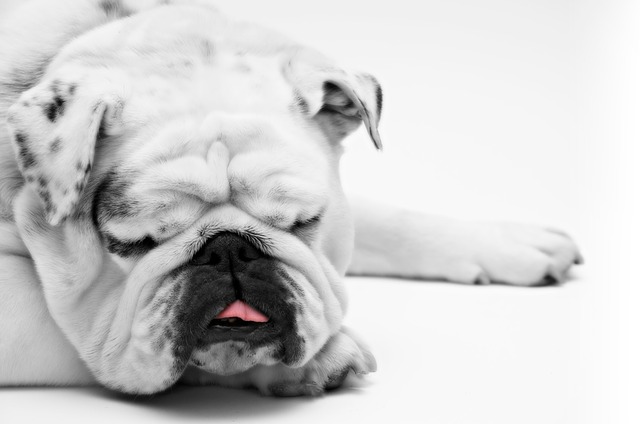 The History of English bulldog

Today we’re going to talk about a breed of dogs with an unmistakable appearance, the English bulldog. The English bulldog descended from dogs used for bull-baiting. In Britain, the dog that grabbed the bull by their nose and pinned them to the ground would be the victor. It was common for a bull to maim or kill several dogs at these events. These customs led to dog fighting with bulls and other large animals but fortunately this cruel practice was banned in the 19th century. When bull baiting was banned, the bulldog lost popularity among the English and started gradually disappearing. Talking about bulldogs, Candy Mountain Bulldogs in Griffin GA provide the best bulldog breeding services in town.

Some immigrants living in the US maintained the breed with a few changes giving rise to the American bulldog. However in England the original bulldog was crossed with smaller and less aggressive dogs changing their shape to what we know today. Their current size and morphology doesn’t allow them to perform many tasks but their affectionate nature has made them one of the most beloved pets in the world.

The bulldog is a medium-sized breed with a heavy build. Their faces, undoubtedly, being their most distinctive feature. It is short with a white and blunt snout which slopes upwards with an obvious protrusion of the jaw. In theory, this morphology helps dog bite and hold their prey but this is unlikely to work. In fact it is not a common morphology in natural predators. Their hair which is short, flat and smooth can be red, white, fawn, Rendell and piebald. Although the English bulldog is a morphologically symmetric dog, their structure can be considered too formed by many and often impairs their ease of movement by some extent.

The bulldog is a determined, strong, alert, brave and a loyal dog. According to the breed standard, they should also be active animals but bulldog adults are usually rather quiet. This dog demands a lot of attention and is not an animal to be left alone many hours a day. They form strong ties with their human family and tend to feel isolated when left alone. Their fierce expression usually gives a false impression. These dogs usually have a warm, calm and quiet demeanor but they are also tenacious when they want something. They are usually patient with children and generally make excellent pets. Though not all dogs are same, their characteristic will vary and depend heavily on the conditions in which the dog lives.

Heat is a major health hazard for English bulldogs. Their extremely flattened snout has a negative effect on their airways so makes breathing difficult. It is good if they have moderate exercise to keep them fit. While intense exercise can be a risk factor. However they do need daily walks for exercise and to socialize with people and other dogs. It is good to take them on short walks several times a day. It is normal for this breed to salivate excessively so it is advisable to clean their face frequently taking advantage to remove any dirt and debris buildup. Their wrinkles and folds should also be cleaned with a soft, damp cloth or soft moistened sponge. Then you need to dry them with a dry soft cloth to avoid the appearance of fungi and other skin issues.

Hence, these are some of the facts you should know before buying a bulldog. Interested in buying the best pup for yourself or want to breed your dog? Candy Mountain Bulldogs is offering Bulldog breed Services and puppies for sale in Griffin, Georgia. For more information, please visit the website.